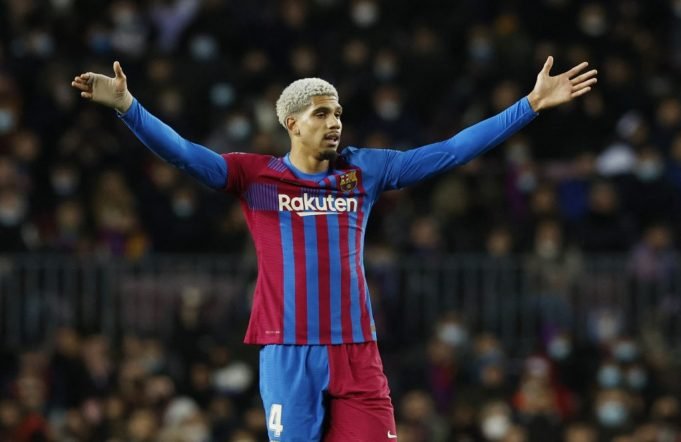 If Ronald Araujo signs a new contract then it would be a great move for Barcelona.

The reports of Fabrizio Romano revealed that Barcelona defender Ronald Araujo is on the brink of penning a new contract. It has been added that the Barca centre-back is close to signing a new deal which is likely going to run out in the summer of 2026.

Ronald Araújo will sign his new contract with Barcelona very soon as today talks were more than positive. In the final meeting only lenght of the contract will be discussed – it’s likely gonna be until June 2026. 🔴🔵🇺🇾 #FCB

No doubt, Araújo’s gonna stay as he always wanted. pic.twitter.com/YWrr7uLiaO

The 23-year-old has netted four goals in 34 matches for the Spanish giants this season across all competitions.

The Uruguay international is averaging 1.2 tackles, 0.6 interceptions and 1.9 clearances per 90 minutes in La Liga.
Ronald Araujo is a solid tackler of the ball and can sense the danger quickly to earn the ball back on the defensive end of the pitch.

If he signs a new contract then it would be a great move for Barcelona. Ronald Araujo can help the Catalan giants to win some trophies in the coming seasons.

Barcelona haven’t given up on Napoli midfielder Fabian Ruiz