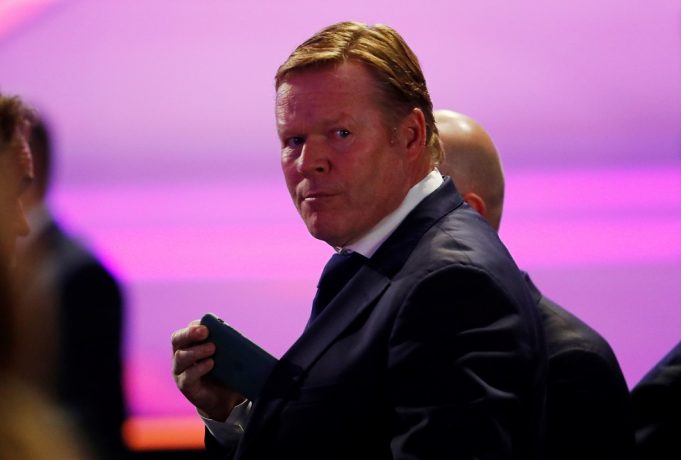 Ronald Koeman revealed that he turned down the Barcelona coaching job after Ernesto Valverde’s sacking.

The 56-year-old is currently the manager of the Netherlands national team. It is not the first time he has been linked with the Camp Nou post as he revealed that he might be interested in the future.

“Yes, it’s true that Barca spoke to me but I said no because I’m with the national team (Holland) and I have a commitment to stay in charge,” Koeman said.

Barca ended up picking Quique Setien out of Real Betis under whom they are facing a difficult time. Koeman did speak highly of Frenkie de Jong, the midfielder who completed a €75m move to Barca from Ajax last summer.

“For me, his performance has been good. He plays in a different position to the one he’s used to but they are technical decisions. He’s a very young player, he’s learning a lot, but I think with me in the national team he plays differently.”

De Jong has been influential for Barcelona this season but many question if he is being played in his best position. The 22-year-old played in the midfield pivot for Ajax, a position which is currently occupied by Sergio Busquets at Barca. However, De Jong does have other quality traits like his ball carrying ability and also creative passing sense.

Setien is being given the remainder of the campaing to prove his worth. The 2-0 El Clasico defeat could have been a strike against his name among other poor performances.

Zidane Expects A Tough Game From Barcelona This Clasico