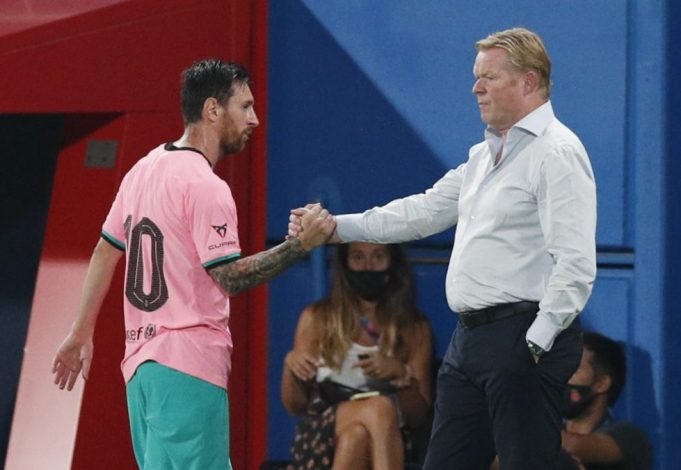 Ronald Koeman has admitted that Barcelona play differently under him.

Fans have usually seen a similar style of play from different managers across the past decade but the Dutchman commands a different setup.

His Barca side put away Ferencvaros by five goals to one last night in the Champions League even after going one man down. Koeman has urged patience as he works the team back in top form.

“We’re good, this team is gonna have a great future, but it must improve. Playing with young players, different tactics…Be calm, I ask you to give a margin.

“We are going to improve. We can’t demand it in two or three weeks, but you’ll see that soon the team will play better, will be more comfortable, but we need time.”

For the first time ever, Barcelona had two goalscorers who were 17 and under in a Champions League tie. Both Ansu Fati and Pedri were on mark Tuesday night, in two well-setup goals.