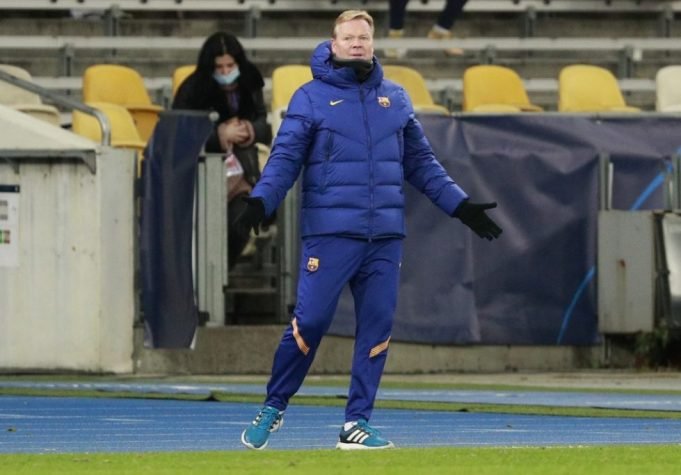 Ronald Koeman hopes to remain at Barcelona next season.

The Dutchman was brought in on a two-year contract after Quique Setien was sacked from his post.

While Koeman has brought a hint of stability to the side, Barca are still far off from their dominant self. He revealed he has the backing of club president, Joan Laporta.

Koeman said, “The president has shown me his support and trust since the first day, and until he says the opposite, I believe that.

“At the moment, I see myself as a head coach [in Barcelona] for next season. And I also have a contract. If it is not like that, we have to talk.”

Barcelona’s route back to greatness is not straight forward. There are still underlying issues at the club with a massive obstacle to overcome in the coming seasons. Without squad improvements and proper cohesion between all levels of management, the Cules will have to wait to see major honours again.

Koeman also gave his thoughts on the Super League as he said, “We have already talked a lot about the Super League, now there are more important things than talking about UEFA, sanctions or threats. We have to be aware of the calendar that we have left.”