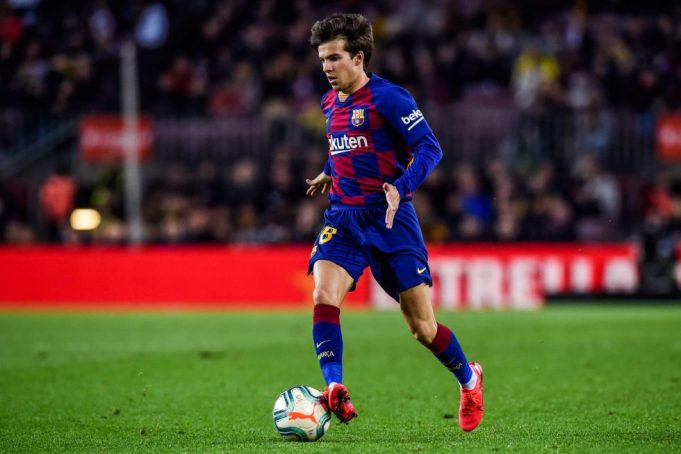 Ronald Koeman has denies talks of a falling out with Riqui Puig.

The Barcelona boss did not rate the midfielder from the very beginning and was ready to ship him out on loan.

Now, in his latest press conference Koeman has urged the young players to either impress or look for minutes elsewhere. While he did not direct these comments towards Puig, one can easily draw the connection.

Puig has hardly featured under the Dutch boss after breaking out under Fede Valverde last season. He showed plenty of promise early on with his close control, quick turn of pace and ability to play in tight spaces. Fans were excited to see more of him and Pedri in the new team.

With just 95 minutes of football under his belt, the midfielder is tipped to leave this month. Koeman said later on, “It’s as if I have a problem with him and that is not the case.

“I spoke about young players in general, like Konrad, Junior, Matheus. They haven’t played many minutes, either, but you always pick one name. It’s not good for me or for Riqui.

“I want the best for every player and there’s no problem, but it depends on each player and they have to be in agreement (about what’s best).”