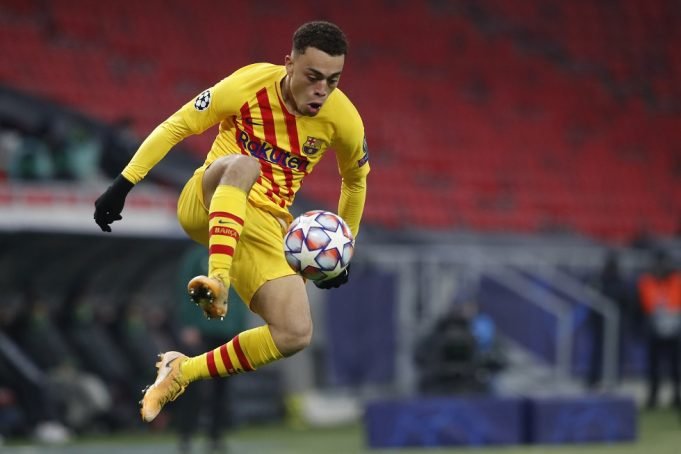 Sergino Dest is currently enduring a difficult period at Barcelona.

After impressing early on since his arrival from Ajax, the Dutchman has seen minutes gradually decline under Ronald Koeman.

Barca brought him in to become their instant presence at right-back, selling Nelson Semedo off to Wolves for a handsome fee. Dest, at 20 is still far from a finished product and still developing. However, he will need to impress more if he wants more playing time under Koeman.

“For me, it’s important to recover that confidence because I feel like I’m not 100 percent right now,” Dest told LaLiga. “That’s the most important thing right now, recovering my confidence and playing like I know how. I think I have a lot of potential.

“Playing for Barcelona and being able to make my debut was something very special. We have lots of goals to achieve.”

Dest was initially pursued by Bayern Munich but he opted for his dream move to Camp Nou.

“Barcelona was my dream club,” Dest added. “I always wanted to play for the club and I was given the opportunity to join. Bayern was also an option and it wasn’t an easy choice. They’re both good teams, but I followed my heart to Barcelona. It’s the right place for me.”