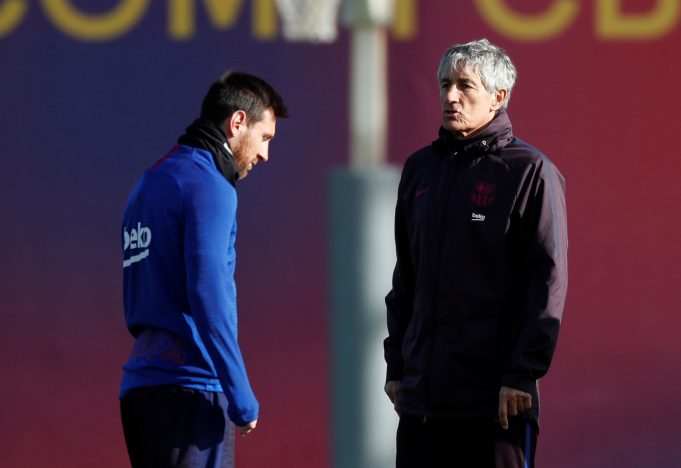 There has been a lot of speculation lately about the departure of Barcelona’s legend Lionel Messi. First there was talks about Inter, and then about Newcastle, which was bought by a rich boss.

But, according to coach Quique Setien, that will not happen, ie Messi will stay in Barcelona until the end of his career, and then it is possible that he will work in the structures of this club.

“He will leave Barcelona for free? No, it won’t happen. Messi and Barcelona will always be united. It’s just like that. Leo has been at Barca for 20 years and nobody could explain a breakdown situation.”

“Leo has been at Barça for 20 years and no one can imagine another situation, that is, to see him in another club,” said the coach of La Liga leaders.

He also commented about Lautaro Martinez and Neymar, the two biggest names currently speculated to be Barcelona targets.

-222 million euros for Neymar? No. I don’t think there will be anyone who will spend that much. Small clubs also have water in their throats. Many of them lived to the end and went into crisis at the first serious blow. “Football lived at an uncontrollable pace,” said Setien, who later spoke for Martinez.

– He is an important player, a great player, and Barcelona is certainly always interested in great players. But in these times without football, every day a different name comes out. “For many players, the opportunity to play with Messi is a huge incentive,” Setien told Gazzetta dello Sport.