FC Barcelona Latest News.com
Home Barcelona Football Club Todibo On What He Has Picked Up Training With Lionel Messi 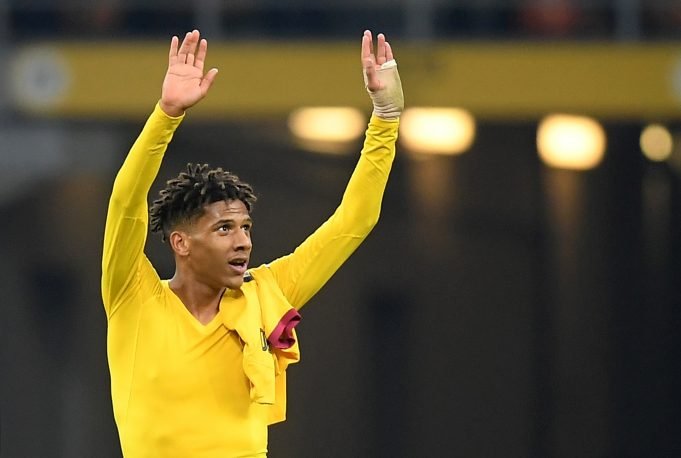 The French defender secured a loan move to Schalke this month after spending less than a year at Camp Nou.

He will be looking to impress his new employers with what he has learnt playing against Messi. He told German publication, Bild, “I learnt a lot training with Messi and sometimes I even got the ball off him. But Messi is protected carefully because no one wants to injure him.”

The centre-back also explained how he came around to accepting a move to Schalke. He said, “I spoke with Harit on the phone. He was really enthusiastic about Schalke and that influenced my decision. I asked Rakitic about the club too.”

The defender reveals that he speaks to teammate Harit in French, Omar Mascarell in Spanish and the others in English. “I also know a few sentences in Germany because I have distant family from here.”

Lothas Matthaus said, “He’s the best centre back I’ve seen in a long time.” However, Todibo refuses the idea that such a statement could put any pressure on him. He replied, “It doesn’t bother me, I don’t feel under pressure. I want to be one of the best players in the world in my position.”

Did Barca make a mistake letting this young defender walk?

READ MORE: Barcelona players with most yellow cards ever

STATS: Who did better at 17, Messi or Fati at Barcelona?