Before starting the season 2022/23, they suffered a massive blow in the name of Messi who moved to PSG last summer. Later, Aguero announced a retirement which added a big gap in striking position.

But last summer they finally signed Robert Lewandowski from Bayern Munich who has made a massive impact at Camp Nou since Day one. Let’s take a look at some of the forwards who can serve as back-up to the Polish forward!

Which players will Barcelona sign this January? Barcelona striker targets for January 2023? On 28 December 2021, City confirmed that Torres had left the club and completed the permanent move to Barcelona, signing a 5-year contract until 2027, with a buyout clause of €1 billion.

Barcelona should not rely on him to fill up the central space alone but look to find a more traditional number nine.

Barcelona usually like to play fast and agile strikers to lead the line. It remains to be seen whether or not young Ansu Fati could lead the line also after his short but successful spell so far this season.

Plenty of news outlets has speculated on who will Barcelona sign in the 2022/23 season.

But for their immediate aspirations, who can they sign? Let’s take a will look at the 5 Barcelona striker targets this summer 2023.

In 2023, Youssoufa Moukoko can end up being one of the most alluring options available on the transfer market. With six goals and four assists in eight starts this season, the 18-year-old is one of the Bundesliga’s most promising young players, but contract negotiations have stagnated.

After choosing not to compete with Real Madrid for Endrick, Moukoko will be free to begin negotiations with foreign clubs on January 1. According to SPORT, Barcelona is confident of winning the race for his signature. If there is a shared desire to sign him throughout the club’s leadership, Barca will try to confirm their interest since they “know he wants to come.”

Pierre-Emerick After a recent collapse in performance for the Gabon striker, Aubameyang’s Chelsea career may be over this month. Despite signing throughout the summer on the final day, he has only managed one league goal, which came against Crystal Palace in his debut game.

His stay in London, which was a last-minute surprise move to satisfy Thomas Tuchel’s need for a new centre forward, was called into question only one week into it when Todd Boehly fired the German coach. He has since led the line for Graham Potter’s team, however he was demoted before to the World Cup.

Before rejoining with Simone Inzaghi at Inter Milan 18 months ago, the 28-year-old flourished under the Italian coach’s guidance. Correa, though, has fluctuated in form at San Siro, managing just three goals and three assists in 21 appearances so far this season. He did, however, just help Argentina win the 2022 FIFA World Cup. The player has also become a target for Barcelona.

Barcelona will search for an attacking bolster throughout the current transfer window. Due to rumours linking Memphis Depay to Atletico Madrid, Memphis Depay’s future at Spotify Camp Nou is questionable. In order to replace the Dutchman, Barcelona will need to search the market. 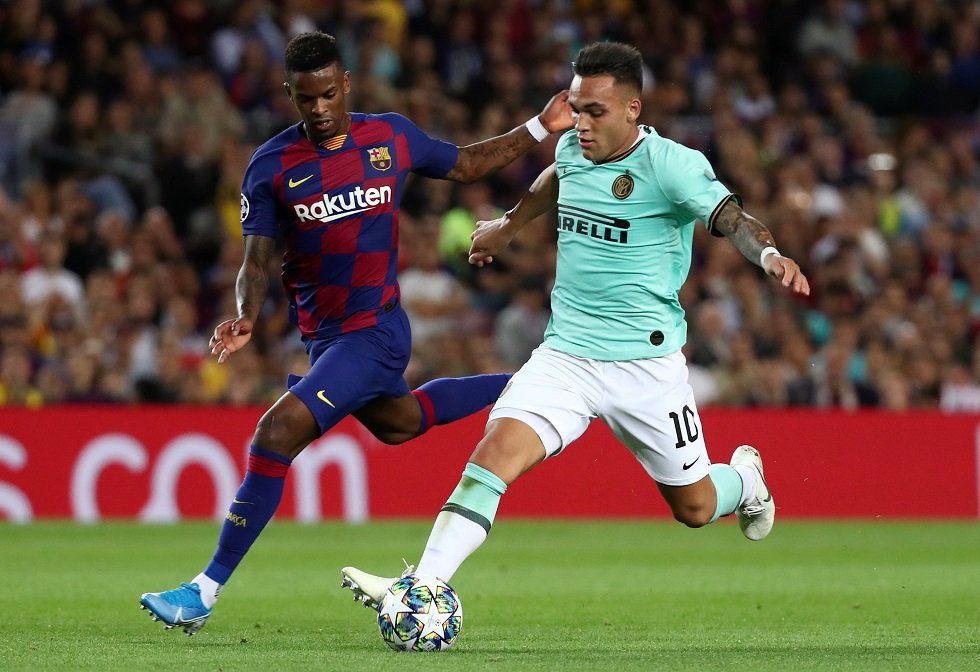 Barcelona’s interest in Lautaro Martinez is very evident at this point and for obvious reasons. He is technically gifted with a quick burst of pace and elite finishing prowess for a 23-year-old striker – that is an attractive profile for most football clubs out there. He is the ideal replacement for Sergio Aguero.

Martinez’s could strike up a lethal attacking partnership with Torres in the Barca final third. He is capable of dropping in deep to create for his teammates and also very dangerous on the counter-attack, as seen countless times in Antonio Conte’s Inter this season. Reports claim that the striker could cost anywhere between £100m to £150m this summer if the Nerazzurri agree to sell.

Barcelona need a striker of Martinez’s pedigree to succeed into Suarez’s spot. They have already lost Messi and Aguero without finding a successful replacement. They might have learned from their mistakes to scout a better replacement this time around.

When the Frenchman is available for transfer, every transfer target list should begin and end with his name. There is no striker capable of filling the shoes other than the RB Leipzig forward.

His contract discussions with RB Leipzig have stalled, and he may be available in the January transfer window as a result. But according to reports, Chelsea has already signed Pre agreement contract with Christopher Nkunku. However, Barcelona can pay more than the forward’s release clause to secure his services.