Most sexiest Barcelona player? We have looked through the forums and polls and it seems like Barcelona’s Gerard Pique is considered the most sexy Barcelona player. The handsome Spaniard is a product of the club’s youth academy and has spent nearly his entire career with them. He is also married to one of the most beautiful musicians on this planet, Shakira.

Marc-Andre ter Stegen is a good looking football player for sure. Other than the great looks he possesses, he is a steller goalkeeper and already stands out on the pitch. The German is 6 feet 2 inches tall and has been at Barcelona for over four seasons. There is no doubt, he is one of the best goalkeepers in the world. Ter Stegen’s greatest strengths are his reflexes and ball-playing ability. He can pick out a player almost anywhere on the pitch with pinpoint accuracy like all great goalkeepers these days.

Gavi was not even on the market until August 2021. He was just 16 years old and had recently graduated from Barcelona’s La Masia programme. They have a reputation for sometimes producing world-class talent, but this time they generated a generational talent. Gavi looks good with the ball and off it.

Gavi went from being 17 in August and making his La Liga debut that month to earning his Champions League debut and then his Spanish national team debut. All of the objectives were completed in less than two months. The more he played, the more difficult it got to leave him off the team.

In essence, the Spanish midfielder has gone from not being on the market to his present €40 million contract in just five months. The 17-year-old style statement is also fresh and exquisite.

Pierre-Emerick Aubameyang has stood out with his performances since his arrival at Barcelona in January, but he has managed to shine off the pitch too thanks to his luxurious cars and style statements.

Often uniquely dressed with bold fashion moves, the recently moved in striker manages a fresh haircut and some really exquisite clothing. He is well known for his flare on and off the pitch and the lad dances well too.

He is arguably the quickest player in the Premier League and Adama Traore is making a name for himself in a Barcelona shirt.

Off the field, the 23-year-old has been a hot topic thanks to his impressive muscular frame, which he claims is as a result of good genes.

An eccentric character when it comes to his hairstyles, Traore has a penchant for fashion and is right at home in the latest Balenciaga gear.

According to the Barcs star, his bulging biceps are not the result of hours spent underneath the barbell. In an interview with Marca, Traoré revealed he has never lifted a weight in his life. “No, I haven’t lifted a single weight. I know people won’t believe it, but it’s true,” he said.

But while the claims of genetic elitism are pretty crazy, it’s not like he doesn’t work out. The Premier League weapon spends a lot of time in the gym working on core-building activities, such as band-resisted jumps and weighted knee-lifts. Developing explosive power through band workouts is nothing new. It’s a similar regime to the ones we see football stars like Cristiano Ronaldo and Harry Kane undertake, and yet they fail to yield the impressive results Traoré has enjoyed. 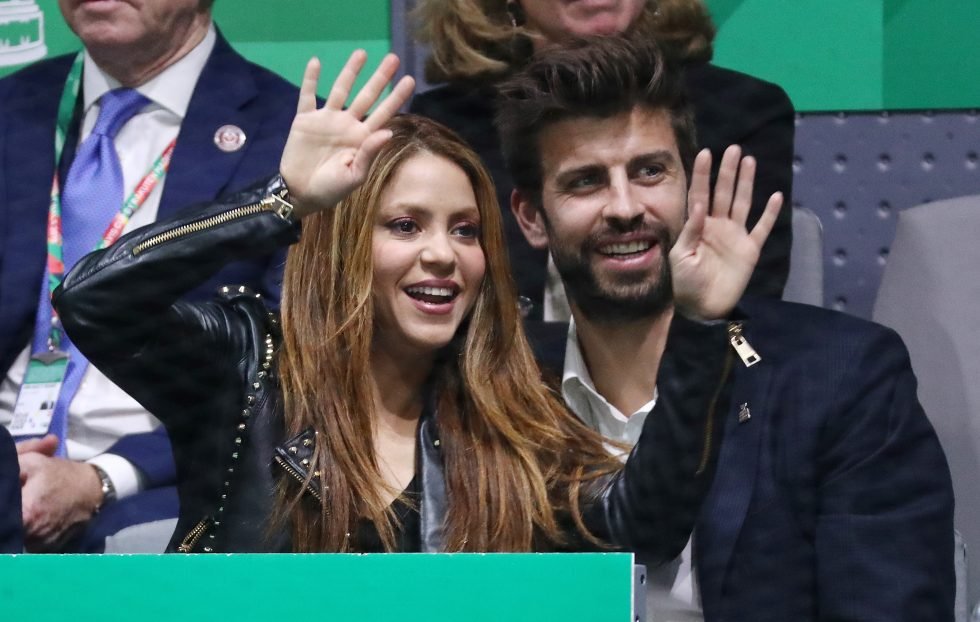 Gerard Pique is no doubt, the hottest player in the Barcelona dressing room. Standing at 6 feet 4 inches tall, the Spaniard is dashing to look at. He has been a sure-fire starter for nearly a decade now for both Barcelona and the Spanish national team.

Pique is the type of player who can pull off any look but looks best with the beard on. He is also a valuable player in the Barcelona team with a reported release clause of around €600 million. Watch & Bet Football Here =>