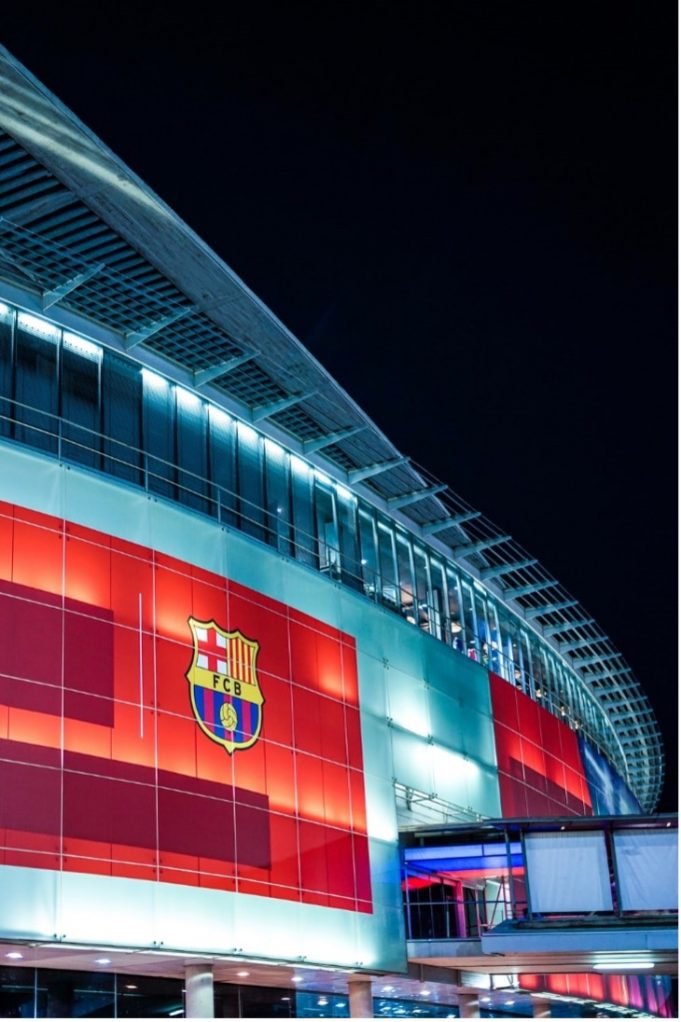 F.C. Barcelona has had a tough time as of late. The once iconic Camp Nou is quite literally falling apart, an apt metaphor for the team that had once flown such great heights. In December 2020, there was word that chunks of the Camp Nou roof were coming off, with the club having lost more than 300 million EU over the past year. If players’ salaries hadn’t been postponed, they’d be in serious trouble. French player Antoine Griezmann is an example of a player who took a pay cut for the good of the club.

News recently broke that celebrated player Lionel Messi was set to leave Barcelona for Paris Saint Germain, with the French club optimistic Messi would be signed by the summer. Barcelona remains close to the top of La Liga, just under Atletico Madrid and Real Madrid. But they seem to be struggling more than ever, and with the possibility of Messi moving on, are very likely on the lookout for some fresh talent to bring them back to life.

Here are three players who could make a difference:

Mbappe is one of the best footballer players in the world. The French international’s form has ensured his team are favourites for the Euros this summer, with this in mind, you should take advantage of OLBG’s guide to the best betting offers during Euros as he’s being hotly tipped for the Golden Boot. He currently plays as a forward for Ligue 1 club PSG as well as France’s national team and is known for his speed, clinical finishing and dribbling. He’s one of the youngest players to score in the World Cup, and the second teenager to score in the World Cup Final. He’s scored 76 goals for Paris Saint-Germain since 2018, as well as 16 for France since 2017 (while appearing 42 times).

A high-profile player with a lot of years ahead of him, it would be a good match for FC Barcelona.

Widely considered one of the best football players in the world, Mohamed Salah is an Egyptian football player who plays as the forward for Liverpool FC, as well as captaining the Egyptian team. He was signed by Liverpool for a club-record fee of £36.9 million back in 2017 and broke the Premier League scoring record for a 38-game season. Having netted 32 goals in 36 games, he received the Premier League Golden Boot. He’s also won various awards and accolades for his athletic performance including PFA Players’ Player of the Year. He’s scored 93 goals for Liverpool since 2017. While the fans of Liverpool FC (and the team) would surely be sad to lose him, FC Barcelona would definitely gain from his presence and athleticism.

Another great player is Norwegian professional football Erling Haaland, who plays as a striker for Borussia Dortmund as well as for the Norway National team. He’s known for his pace, athleticism and goalscoring and has been nicknamed The Terminator by fans. Now aged 20, Haaland was the first teenager to score throughout five UEFA Champions League matches. He won the 2019 FIFA U-20 World Cup’s Golden Boot after scoring a record of nine goals in a single match.

An astonishing player, he’s got a long career ahead of him and would be of great service to FC Barcelona (and an incredible replacement for Lionel Messi).

Perhaps the answer is already within the club?:

Then there are the players who already play for Barcelona but are likely to level up over the years and potentially be solid replacements for Messi. One of these is Ansu Fati — a Spanish footballer who plays professionally for Barcelona as well as Spain’s national team.

Widely thought of as one of Spain’s most exciting football players, he’s scored 11 goals for Barcelona since joining in 2019, and six for Spain at the same time. He’s out for the count as of late, having suffered a knee injury on 7 November 2020 against Real Betis, with a test confirming he tore his meniscus. The club confirmed he’ll be returning soon and as long as he’s fully healed, he should have a shot at being a huge player in the future.

Pedri is another young player who is making a name for himself, currently as a central midfielder for Barcelona and the Spain national team. Since 2016 he’s scored 6 goals for Barcelona. He received his very first call up to Spain’s national football team in March 2021 and made his debut against Greece.

Playing for Barcelona B as a central midfielder, Ilaix was born in Guinea and also represents Spain internationally. Considered one of the best players in his generation, he’s achieved 2 goals for Barcelona B and a further one for the first team. He also made his UEFA Champions League debut in March 2021 against Paris Saint Germain, where he was brought onto the field as a substitute during the 79th minute. He’s been compared to French footballer Paul Pogba, based on his creativity during play and physicality. With a high level of skill, even when compared to players much older than him, Moriba has a lot of time left in his career and could even be a contender for a replacement for Messi’s level in a few years’ time.

Ronald Koeman talks about Champions League and his squad

Zanetti: Lautaro to Barcelona is not happening