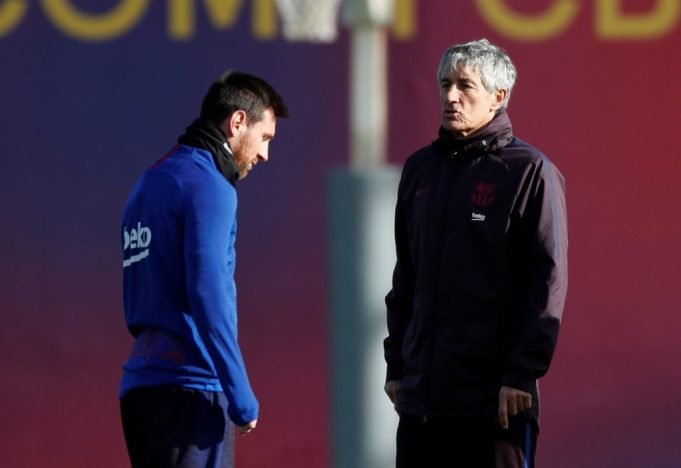 There is an unwritten rule within the Barcelona training camp that players cannot tackle Lionel Messi too hard.

Being the world’s best players certainly causes a ripple effect in amongst players, even if it is within your own team.

Messi’s fitness is given higher assurance that anybody else’s. That means his other teammates cannot lunge into a tackle every time with him, on the off chance of injuring him. Jean-Clair Todibo, who is currently on loan at FC Schalke, revealed some of his experiences training at Barca.

“We all knew that he couldn’t get injured,” Todibo told German publication Bild per Marca: “Messi was defended very carefully in training. I learned a lot from Messi and I even tackled him a few times, but I was careful not to hurt him.”

It is not surprising to see how far the Blaugrana will go to protect their star man. An injury to Luis Suarez meant him picking up the slack up front, in terms of goals this season. Quique Setien explained just how difficult it is to rest a player of Messi’s calibre.

“No one can escape who Leo Messi is,” Setien told Marca. “With all the players, when I want something, I will try to convince them that it is the best for them. I try to convince, rather than impose. They usually end up listening to me.”

Even Antoine Griezmann noticed Messi’s brilliance as he said, “Leo is the strongest player in the world and it’s nice to share the pitch with him. I try to understand his movements and move well when he has the ball to have a better connection.”

Barcelona to bid for Andre Onana