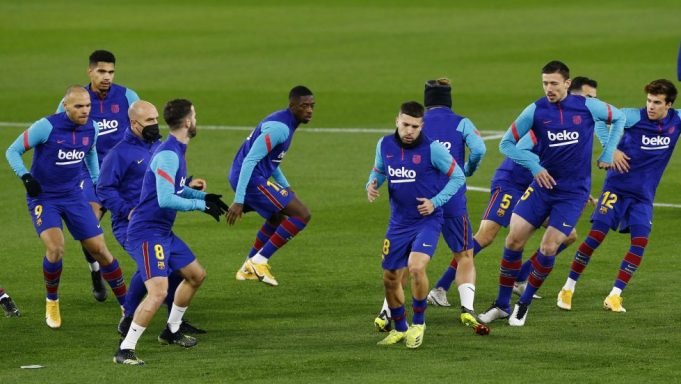 Henrik Larsson understands Barcelona does not accept anything less than wins.

The former Blaugrana midfielder returned to the club last summer as a part of Ronald Koeman’s backroom staff.

“Well, we are playing well at certain times and game,” Larsson told Barcelona’s official media. “With the arrival of a new coach it’s normal that players need time to understand what the boss wants. It is true, however, that we’ve been playing good football recently.

“Not only did we play well against Real Sociedad, we are progressively playing better. The players like our way of doing things and our philosophy. It’s just a matter of winning. Everyone, players and coaches, demand victory.”

“When I shared the pitch with Leo, he was very young,” Larsson continued. “I remember the first day he came to train with the first team. I talked to Gio van Bronckhorst and we wondered who that guy was.

“He was very good then and now he’s the best footballer in the world by far. Everything he does is at a spectacular level.

“No one could imagine the level he has displayed for so many years in a row. The number of goals he has scored is incredible, unimaginable. I don’t have enough words to describe his goals.”

Valverde sends a goodbye message to his supporters