Who are the 5 Players Barcelona must sell transfer window?

5 Players Barcelona must sell? There are 5 Players leaving Barcelona probably at the least. Who are they?

Do you have any say on who you think the 5 Players leaving Barcelona should be? We have for you 5 Players Barcelona must sell! Watch & Bet Here =>

A lot has been made of Barcelona and they have signed the correct players this summer. However, their squad is stacked.

Barca compensated for it by signing Robert Lewandowski. The Polish forward made a summer move from Bayern Munich. They also signed a few prominent defenders in this transfer window. It has certainly strengthened Xavi’s team for this season.

However, Barca has an uneven squad. They are also overaged and it must be fixed. Or at least looked at.

While it can be accepted, that Barca squad is high on quality, there is a much bigger problem to solve, the size of the squad.

Who are the 5 Players leaving Barcelona next transfer window: 5 Players Barcelona must sell?

Here are five players who do not add anything to the club and Barcelona must sell: Watch & Bet Here =>

The Catalan giants were trying to sell the veteran defender to Inter on the deadline day but the move failed to materialise. Alba is not displeased with Barcelona’s efforts to offload him.

“I can only tell you that my thought has always been to be at Barcelona. I see myself qualified to be here, otherwise I would be the first to leave,” he said at an Adidas event.

“Then the club will look at their interests. I have always shown my commitment to the club, to the coaches… I will never get into the issues of club interests, I can’t tell you more. I’d like to tell you more, but I’m not going to.”

Barcelona needs to lower their wage bill and offloading the 33-year-old defender will help in that process. Both Marcos Alonso and Alejandro Balde would get the nod over him this season. 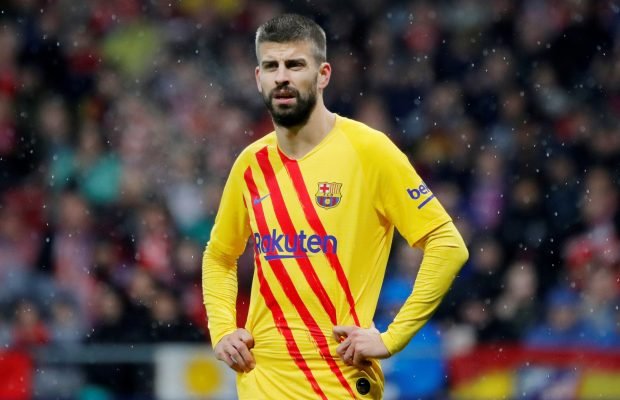 The Barcelona centre back spent all his life barring two years in the Catalan dressing room. He is a giant of the game but a washed-up one.

He needs to be replaced as despite his leadership and ball-playing skills, he is seriously outpaced and bad at physical battles and his growing age does not help either cause.

The player has been at the club all his life but even as a senior player, he is not a starting eleven player. He fills in nicely at right back or at central midfield, his natural position, but Roberto needs a club where he can play day in day out and Barcelona need to cut down the heavy wages being received from a squad player.

Sergio Busqets is a Barcelona legend. For those who study the game, they all agree that he is a generational midfielder. He is not flashy like other players in the team. He is a player who likes to be at the right place at the right time.

He is technically very gifted. He is a tackler, interceptor, passer, creator and midfield tactical general.

He has been at Barcelona all his life. He was taken up to the first team by Pep Guardiola. However, age has caught up with him too and Barcelona now need to look into the second chapter, one after Busqets cause there is a massive hole to be filled. They have a midfield general in Frenkie de Jong.

The Dutch winger was expected to leave Barcelona this summer but he decided to prolong his stay and fight for his spot in the team.

Barcelona got some prominent players and Depay failed to retain his place in 2022/23. He made only three appearances for Barca this season across all competition and netted one goal. The forward is very much aware that he is not part of Xavi’s plan and would force a move this summer.

Despite his struggles at Barcelona, he was called by Netherlands for the Nations League but was sent back to Camp Nou due to a thigh injury. Watch & Bet Here =>

Koeman – Relieved with our win