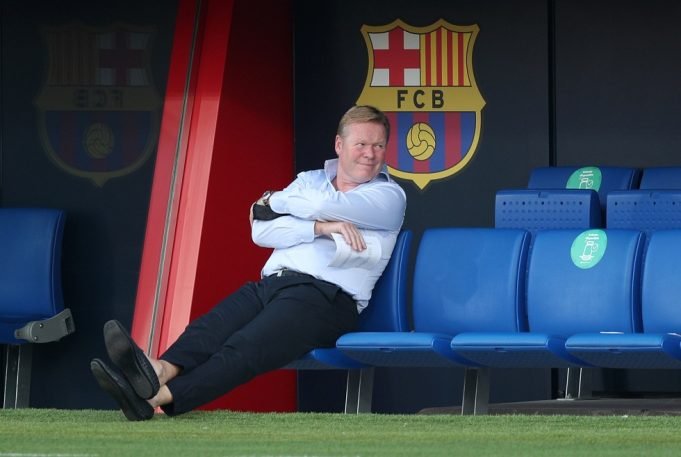 Reports surfaced claiming Lionel Messi had been offered a deal by Paris Saint-Germain.

The Argentine has apparently been handed a three-year contract as his final weeks with Barcelona plays out.

Ronald Koeman was asked the truth behind the matter ahead of Barca’s match against Granada. He stated, “I’m not interested in what has come out [in the press] because I don’t know if it’s true and because I hope he stays with us.

“I’ve said several times that he [surely] has to finish [his career] here, but it’s a decision he has to make.”

Barcelona are still trying to convince Messi into staying but one area Koeman would definitely like to improve is the centre-forward spot. The Dutch manager has been calling out for a new number nine ever since he got rid of Luis Suarez.

“Of course we are working on next season, like any coach and any club,” Koeman said. “We have to remember that, for example, [Ansu] Fati has been out for five months. [In the last few months] we have created more goalscoring opportunities, we have scored more [goals]… The team has done a great job offensively.”

Lionel Messi Confirmed To Be On Top Of PSG’s Shortlist