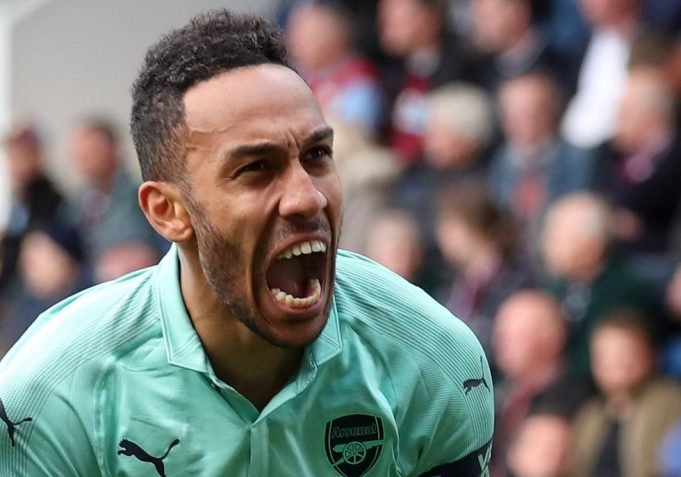 Barcelona admitted to being interested in Arsenal’s Pierre-Emerick Aubameyang.

Sporting director, Eric Abidal came ahead and revealed that the Gabon international fits the “profile” Barca were looking at.

Of course, the Gunners managed to keep hold of their top scorer this past month despite various reports linking him strongly to Barcelona. His contract is set to run until June 2021 and this a point of huge concern to the fans. Barca are aware of the cards they hold but then again Aubameyang is due to turn 31 in June.

“It is logical that in summer a ‘9’ will come. It is a necessity. We know that [Luis] Suarez will come back strong, but you have to bring a top player in the summer,” Abidal toldSport.

“We do not know if it will be young or experienced. We only look at the talent and adaptation they may have. We must think that some top players have come and have not adapted well.

“I know him (Aubameyang). He has a profile that has depth. He is important, and in his team he is decisive. It is good to bring this profile of player who can be in the market and can help you. We’ll see what will happen.

“There is a list with players like [Olivier] Giroud, [Fernando] Llorente or Aubameyang, but for one thing or another we decided not to sign [someone in January]. We believe it is best for the club.”