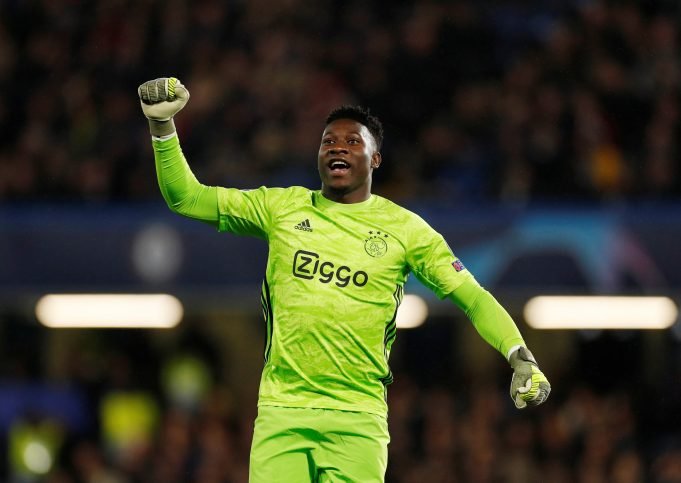 FC Barcelona management is preparing an offer of 30 million euros for Ande Onana, the goalkeeper of Ajax, who comes from the famous Barça football school, La Masia.

The Ajax goalkeeper was part of the Barcelona academy as a youngster, but failed to establish himself for the senior team and moved to Ajax. In Amsterdam he blistered and Chelsea showed great interest in him, looking at him as a replacement for Kepa Arizabalaga, who was overpaid and lost the trust of Frank Lampard.

But Barcelona also want to correct the mistake and bring the Cameroonian back into their ranks. It should be a tough competition for Mark Andre Ter Stegen.

Andre Onana has a contract with Ajax until 2022. So far, he has made 116 appearances for the Amsterdam team.

SEE ALSO: Six Barcelona Board Members Resign And In Turn Shine Light On The Club’s Leadership

Setien reveals how it feels to coach Messi