Our Barcelona vs Granada prediction and betting tips

We expect a Barcelona win at 1.47 with Unibet. Below you can read the reasons for our Barcelona vs Granada betting tips prediction.

We expect Lionel Messi to score first at 4.10 with Unibet

Here are a few Barcelona vs Granada free bets and special offers from the betting companies:

The Barcelona squad are the favourites for this tie at 1.47 with Unibet. Granada are priced at 6.40 with Unibet to possibly cause an upset at Los Cármenes.

Given the position and the history between the two teams, it is not hard to see why Barca are priced so high. Granada are in the 7th position and had a decent start to the campaign. But they have only won twice in their last ten meetings with the Catalan giants.

Speaking of quality, this will be an opportunity for Lionel Messi to make his mark in the top scorer’s list which is why he has been handed odds of 4.10 with Unibet to score the first goal.

Barcelona faces Granada at Los Cármenes on Saturday evening. Both teams need the win for different reasons, with Barca looking to fight their way for the La Liga title this term.

The Blaugrana have struggled for form under Ronald Koeman and dropped points in half of their first 12 matches.

Granada had a strong start to this year’s campaign and are currently in seventh position in the table.

The squad will be without key players Ansu Fati, Sergio Roberto, Gerard Pique and Philippe Coutinho who is out for three months with a knee injury.

Clement Lenglet is also expected to miss this fixture due to suspension.

Messi, Pedri and Antoine Griezmann are expected to retain their usual spots.

As for Granada, Luis Milla, Angel Montoro and Neyder Lozano will miss this tie through injury.

Barcelona predicted line up vs Elche: Starting 11 for Barcelona! 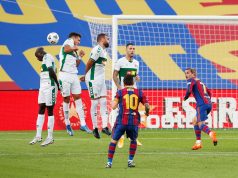 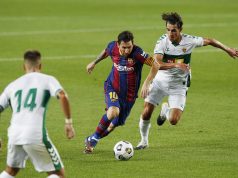 Is Auba making a u-turn on his Arsenal commitment?

Barcelona predicted line up vs Elche: Starting 11 for Barcelona!