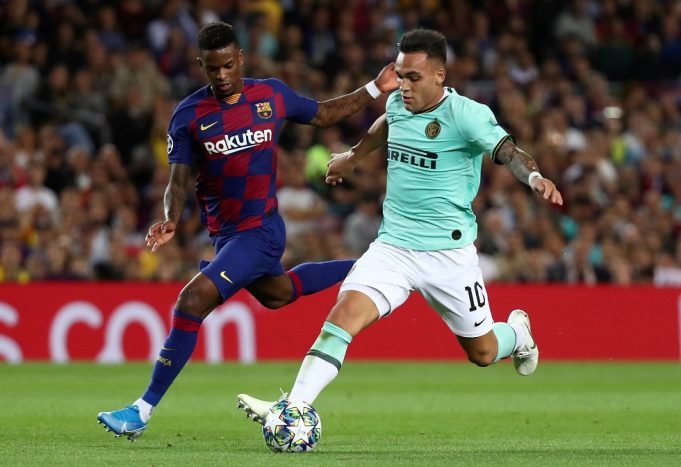 Inter Milan has killed off talks of Lautaro Martinez leaving for the umpteenth time now.

Vice president, Javier Zanetti ruled out the striker’s departure for this summer amid strong links to Barcelona.

“Lautaro isn’t leaving Inter,” Zanetti told Fox Sports. “It’s not just Barcelona who are interested in him, but Lautaro knows that he’s at a great club already.

“He looks happy with life in Italy, which isn’t easy. I think he’s going down the right path. For now, he’s not leaving. He’s our present and future. There’s respect on the clubs’ part.

“There are players that have release clauses and there’s little you can do when a club comes in and pays it. But in Lautaro’s case, he’s just fine at Inter and I can tell when he’s happy.”

Barca were the heavy favourites but are not too eager to meet his asking fee. Inter has completely pulled out of negotiations altogether and is planning with Martinez in mind for the new season.

The 23-year-old has sparked up a prolific strike partnership with Romelu Lukaku up front at Inter. He is only expected to grow as he finished last season with 21 goals and 7 assists in 49 appearances.

Why Xavi should manage Barcelona

El Classico tactical analysis: Where the game can be won and lost