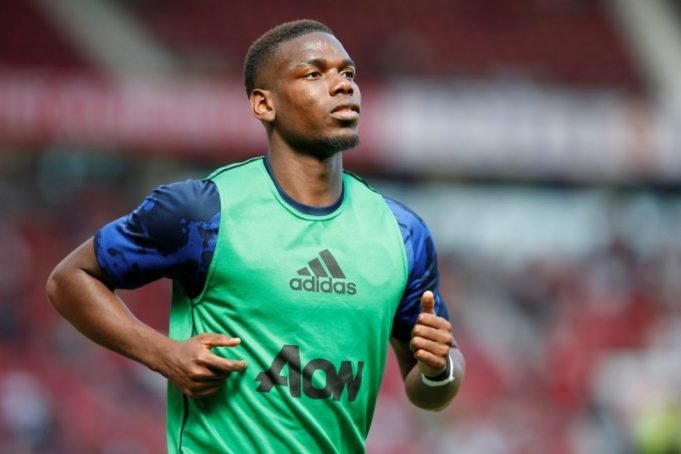 Paul Pogba has been urged to dump Manchester United for Barcelona this summer.

Reports indicate that the World Cup winner could leave Old Trafford ahead of the 2021/22 season.

His contract is due to end next year and things are still looking very bleak in Manchester. For some reason, he still seems to stand out like a sore thumb in The Red Devils midfield. And that is exactly why his brother, Matthias Pogba has told his older brother to consider a switch to Camp Nou.

“Paul likes Laporta very much, can you tell us something about your brother’s situation?” he was asked.

Matthias replied, “Once he wins the Europa League, then we will talk.”

Pressed further on rumours linking his brother with Barca, he added, “I don’t know anything but I’m with you Jose, I would sign tomorrow if that was the question. ‘Hopefully he will sign for Barca.”

In a recent interview with Stadium Astro, ex-United first-team coach, Rene Meulensteen, said, “Solskjaer likes to play with two pivots in Fred and [Scott] McTominay. The reason for that is to protect the back four but I think you need another midfield player in there that is more creative that can do a bit of both like Fernandinho at Manchester City, or Fabinho with Liverpool.

“Pogba creates an imbalance in the team because he has to play, he can’t play as one of the two pivots. Defensively, people run off him so he doesn’t do his defensive job.

You play him from the left, okay you try to manufacture something there. I’m not sure. Maybe the best way is to say can we get some money from him and look at what we need.”