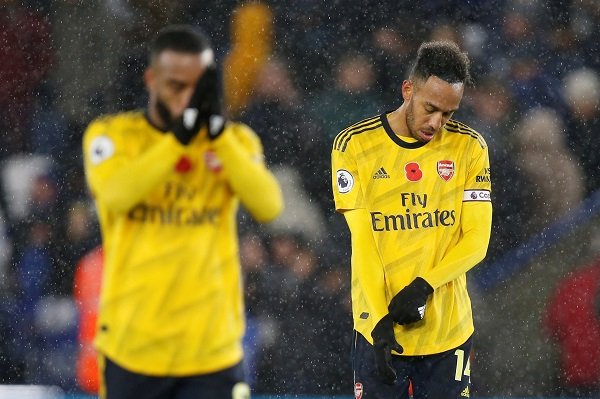 What seemed like a sure thing with Pierre-Emerick Aubameyang a few months back has turned into a serious concern.

Reports emerged shortly after the summer transfer window that Arsenal are close to securing the long-term futures of Aubameyang and Alexandre Lacazette.

But a deal was never finalised and as the Gunners struggle to make a title challenge in their second season under Unai Emery, the chances of Aubameyang actually signing the extension has reduced drastically.

The Gabon international turned 30 this year and is by far, Arsenal’s best player with 9 goals in 14 appearances. He seems to be the sole outlet for goals in a very dysfunctional system at North London. As he approaches the final years of his peak, Aubameyang would ideally like to add some trophies to his career accomplishments.

In this current Arsenal side, that seems unlikely and it seems to have seeped into the striker’s mind as well. He is wanted by top European sides like Real Madrid and Barcelona. Aubameyang is hesitating on signing a new deal just to see if the Blaugrana actually come for him in January.

Luis Suarez has already conceded that Barca should be looking for his successor. But it would also be queer to see the Catalan giants go after a forward who is only 2 years younger than Suarez, no matter how prolific he might be.