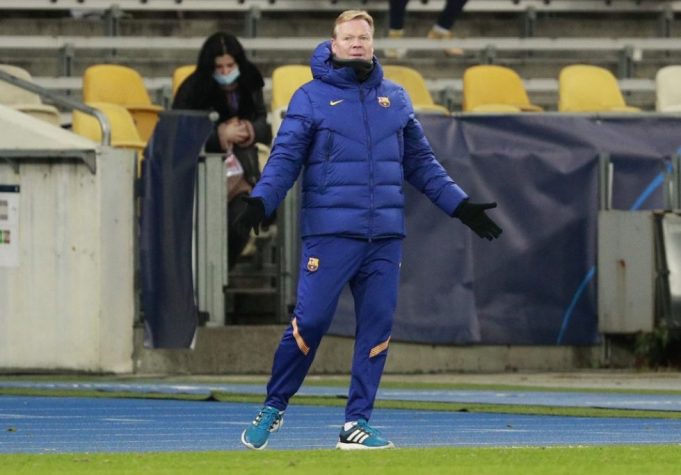 Ronald Koeman is not looking to talk up his silverware hopes for the season.

Barcelona are in contention to secure a double if they win the La Liga and the Copa del Rey.

“I don’t like to talk about a double, this can quickly change,” Koeman said in a press conference on Saturday. “Before we were ‘bad’… so we have to keep working hard game by game.”

The Dutch coach added, “We’re four points behind, we have a really difficult schedule. There’s a long way to go to win things. It is not the moment to think about the double. The team has to focus game by game. That’s the best way to win things.”

Barcelona beat Sevilla in the Copa del Rey semi-final and are set to face Athletic Bilbao in the final game. Of course, winning the match will be no short affair, given the season they have endured.

Koeman wants to see his team improve as they have been recently. He added, “There’s always room to improve things. We have won a lot of points in recent games and our form means we can aspire to something, but now we have to keep going.”