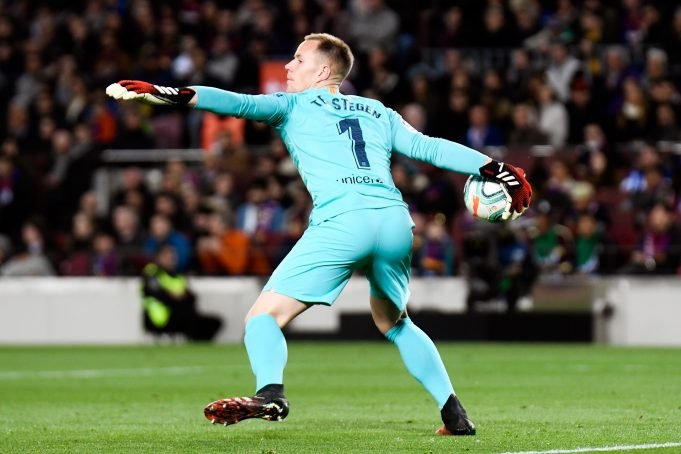 During the break in La Liga, the leaders of Barcelona are trying to convince goalkeeper Mark-Andre Ter Stegen to sign a new contract.

According to the Spanish media, the first round of negotiations failed, as the goalkeeper did not accept the conditions offered by the club.

Ter Stegen moved to Barcelona from Monchengladbach in 2014 for 12 million euros. At Nou Camp, he became one of the best goalkeepers in the world, and he won all the trophies in club football with the Spanish giants.

Ter Stegen is seeking a salary of 10 million euros a year, and believes that he deserves to be close to Antoine Griezmann and Luis Suarez.

SEE ALSO: Suarez strikes: Barcelona board called out yet again!