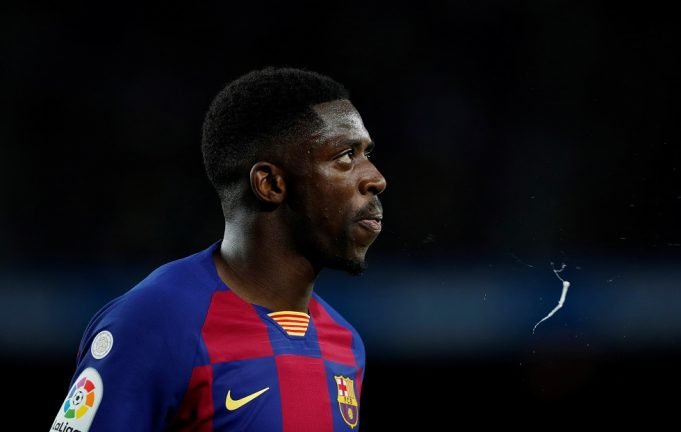 FC Barcelona confirmed on Tuesday night that Ousmane Dembele could miss up to six months of action.

Barcelona released an official statement about the Frenchman on their official site.

It read, “The first team player Ousmane Dembéle has successfully undergone surgery in Turku, Finland where he was operated on by Dr. Lasse Lempainen for a ruptured tendon in his proximal hamstring in his right thigh. The Frenchman will be out for around 6 months.

“The striker was continuing his recovery from the hamstring injury when he was forced to retire from a training session at the Ciutat Esportiva last week. Subsequent tests confirmed a complete rupture to the tendon in the proximal hamstring of his right leg.”

This is troubling news for Barca who already has Luis Suarez injured for three months and are three points behind their rivals, Real Madrid in the La Liga. Quique Setien has already found it hard to restablish Barca’s dominance, losing 1-0 to Athletic Bilbao and getting knocked out of the Copa del Rey.

They managed a closed quarter 2-3 win over Real Betis this past week with both sides losing a player through red cards. Now, Setien will have to solely rely on Antoine Griezmann, Lionel Messi and Ansu Fati to fill up his front three posts.

READ MORE: Who scored the first goal for Barcelona?

10 Things You Did Not Know About Lionel Messi