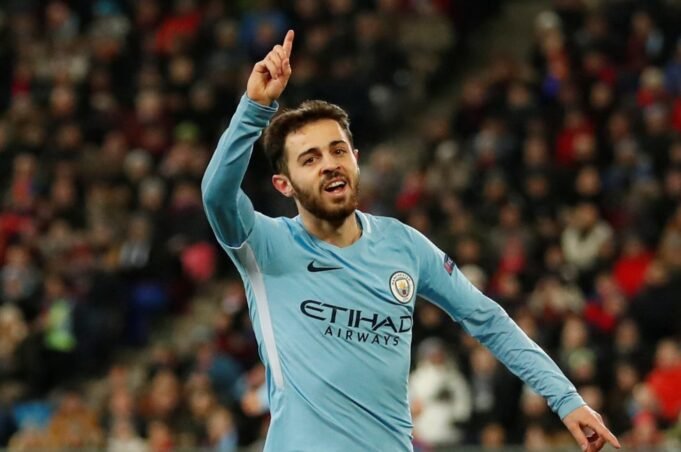 Bernardo Silva’s current contract at Manchester City is set to expire in the summer of 2025.

According to a fresh report form Fichajes, Barcelona are eager to recruit Manchester City winger Bernardo Silva. It has been added that the Catalan giants are willing to cash in on Frenkie de Jong to fund a move for the Portugal international next year.

The former AS Monaco talent has experienced a decent season at Etihad after putting in some influential performances for Pep Guardiola’s side in the final third. He has scored two goals and five assists in 14 appearances for Man City this season across all competitions.

The 28-year-old has been a consistent performer on the attacking end of the field. His current contract at Manchester City is set to expire in the summer of 2025.

The Catalan would have to make a good offer if they want to get the Portuguese wing wizard on board at the end of this season.

Silva is a decent dribbler with the ball at his feet and can make some dangerous runs with the ball in the final third. The Portugal international is primarily a right-winger but can also fill in as an attacking midfielder or as a box-to-box midfielder if needed.

Silva will enhance the overall quality of Xavi‘s starting XI and could even help the Catalan club compete for some major trophies over the next few seasons.