Barcelona predicted line up vs Getafe!

What will be the Barcelona predicted line up for their clash against Getafe?

Barcelona Predicted Line Up vs Getafe

Barcelona Predicted Line up vs Getafe

In goal, we can expect Neto to continue in his usual spot. In defence, we can expect to see Sergino Dest at right-back, Alba at left-back. Ronald Araujo should he be back will be partnering Gerard Pique in defence.

A three-man midfield with Frenkie De Jong and Sergio Busquets can be expected at the base. Pedri will be deployed in the more attacking position. Miralem Pjanic will come on in the second half of the game.

In the wings, we can expect Martin Braithwaite on the left and Antoine Griezmann on the right while Memphis Depay plays down the centre following the departure of Lionel Messi. 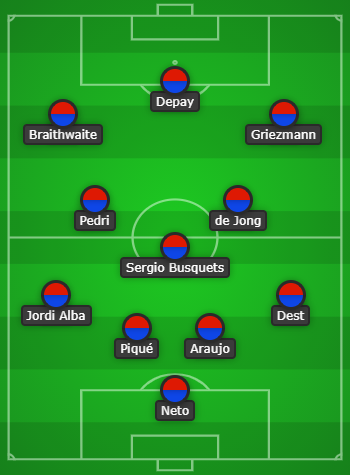 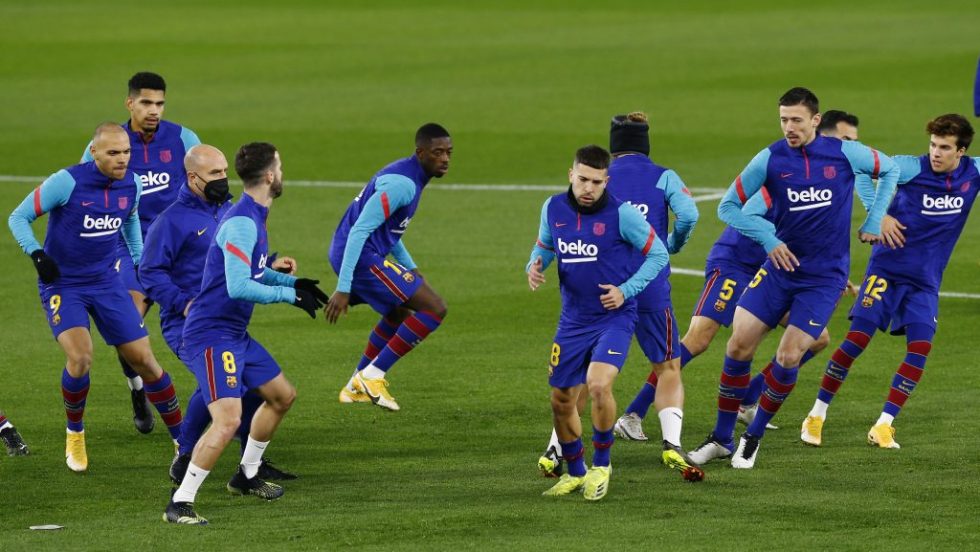 We can expect a tired showing since both sides are struggling through injury concerns. This means the same players could reappear from the last games, fatigued. Here we will give you an answer to the most frequently asked question about Barcelona – Getafe.

Barcelona this season will be looking to overthrow Atletico Madrid as La Liga champions and Koeman’s men have the chance to put some early pressure on their great rivals Atletico Madrid with another victory against Getafe.

Barcelona have won the 2021 Copa Del Rey against Athletic Bilbao which marks their 31st title of all-time.

18-year old Ansu Fati has been in imperious form with his bright start to the new campaign for Barcelona last season and it could well be his season again!

As for Getafe, they finished 15th in La Liga last season and has a slow start to the new campaign.

Bordala’s men had a turmoil season last year and lost both their opening games this season.

Barcelona vs Getafe Form: Barcelona predicted line up vs Getafe

Barcelona faces Getafe at Camp Nou on Sunday evening. Both teams need the win for different reasons, with Barca looking to extend their lead over Real Madrid in the La Liga standings.

The Blaugrana will face their 3rd La Liga match of the 2021/22 campaign. Their recent league draw came against Athletic Bilbao but will have be aiming to gain the top spor this season.

It was an unexpected loss against Sevilla a few days back for Getafe and the squad is just yet to win a game this season.

Beckham hoping to get Messi to MLS

Messi, Rooney hailed as role models and inspiration in fight against CoVID-19