The Covid-19 pandemic has affected football greatly over the past few weeks.

It has affected most football leagues, including Premier League, Bundesliga, Serie A, Ligue 1, to name a few. And La Liga isn’t excluded from the list either. The coronavirus has been spreading across Spain like wildfire.

Barcelona is also taking a lot of precautions at this point. And over the spreading virus scare, the Catalan club may be compelled to delay or stray away from signing Paris Saint-German’s Neymar.

The La Liga side will be losing a substantial sum of money over this pandemic and are preparing themselves for the financial crash. Over this issue, it might become less plausible for Barcelona to take out funds to this coming summer.

Paris Saint-Germain have set a €150 million pricetag for the Brazilian international and it might become hard for the Catalan club to shell out that much money at this point. And 150 million euros is just the minimum PSG is asking for.

Although Neymar hasn’t overtly expressed his wish to go to Barcelona, the La Liga side wouldn’t mind having Neymar back and had already launched talks.

It seems more and more likely that Neymar may remain at Paris for the rest of the season and the one after this too. Until the pandemic dies down or the financial situation gets better, Barcelona might keep off from signing Neymar. 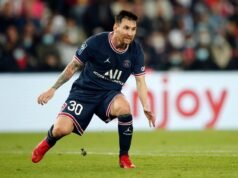