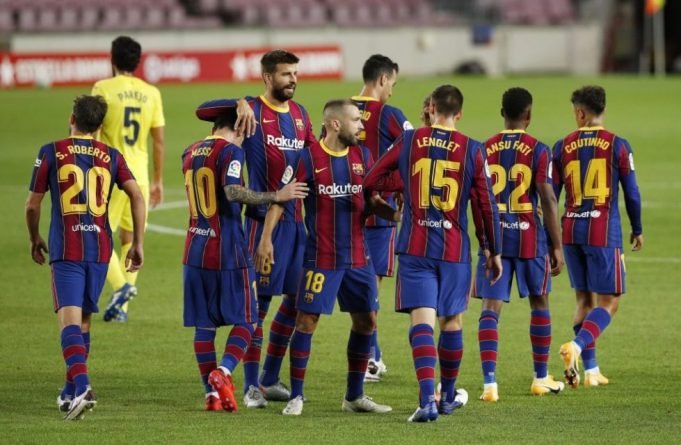 Barcelona managed a 3-2 win over Valencia and Gerard Pique could not be any less happy.

A brace from Lionel Messi and another from Antoine Griezmann ensured Barca collect all three points in a crucial title-battle this season.

Pique said, “The knee’s fine, it was a small problem but nada. After the unexpected loss (against Granada) this was a very important game to keep fighting until the end.

“We knew there would be no easy games. This means we are still in the fight for the title. To be there until the end is an achievement, that’s what we wanted at the start of the season, even more after the first half of the campaign. It was a similar game to Villarreal today, dominating, we had the chances … Valencia scored the first but the team was good, turned it around and we were able to control the game. A golazo from Soler meant we suffered a little at the end.”

On the result, Pique also stated: “We would like to kill games off earlier … these are things that happen. We also have to analyse the goals. The problem is all the chances opponents have are going in, we have to analyse that.

“Thursday was completely unexpected and the defeat damaged us, but winning at Villarreal and Valencia was complicated and gives us confidence. We’re still competing and if you look back six months that’s an achievement.”