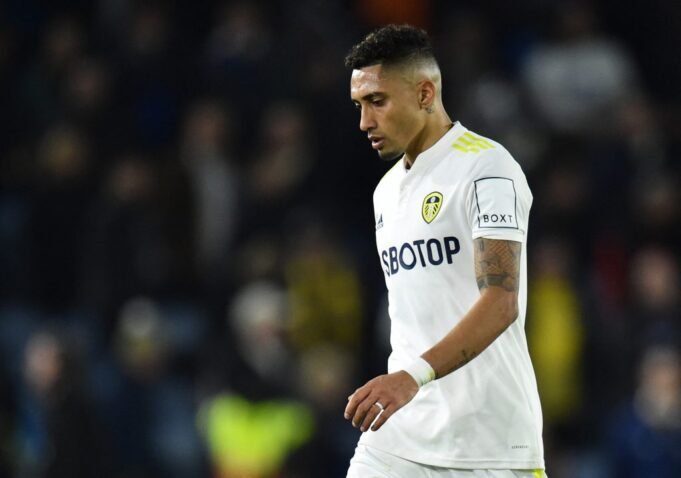 Raphinha’s existing deal runs until the end of the 2023-24 season.

Leeds United attacker Raphinha has allegedly agreed to join Barcelona. He has given Barca his word that he will sign for them in the summer transfer window.

Former Sporting Lisbon attacker already has netted 10 goals and registered three assists this season for the Leeds in Premier League. Leeds are struggling and the Brazilian look to find another club for the better competition.

Meanwhile, the attacker is also the radar of Bayern Munich and West Ham United but Barcelona are the front runner. According to Todofichajes, Raphinha has now verbally agreed to join Barcelona.

The report also adds that Barcelona were the first ones to make contact with the attacker’s entourage, and a €25m (£21.3m) release clause in his contract will activate if the Leeds are relegated. Raphinha’s existing deal runs until the end of the 2023-24 season.