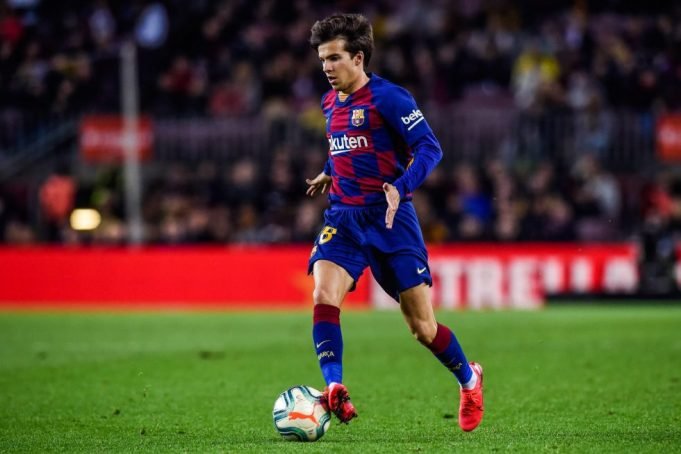 According to the latest reports, Riqui Puig is not full intent on leaving Barcelona this summer.

This comes even after Ronald Koeman clearly told him to find another club for the season.

Plenty of senior players have been put up for sale by the new Barcelona manager. Koeman is about to oversee a massive change in personnel in the Camp Nou. Puig is one of them even if he is one of the most promising graduates from the club’s academy.

Both Puig and Ansu Fati are viewed as the next up and coming stars in the Blaugrana ranks but somehow, Koeman does not the rate the former. The Dutch boss is still pursuing deals for compatriots, Gini Wijnaldum and Memphis Depay.

Barcelona president, Josep Maria Bartomeu has completely handed over the reigns to Koeman as he said, “There is a large squad and it is important that everyone is competing. Koeman will choose the best.”

Clearly, there is no way to stop it but Puig might be better off leaving to find more playing time elsewhere. He is at a crucial point of his career where gametime is more important than his Barcelona family.