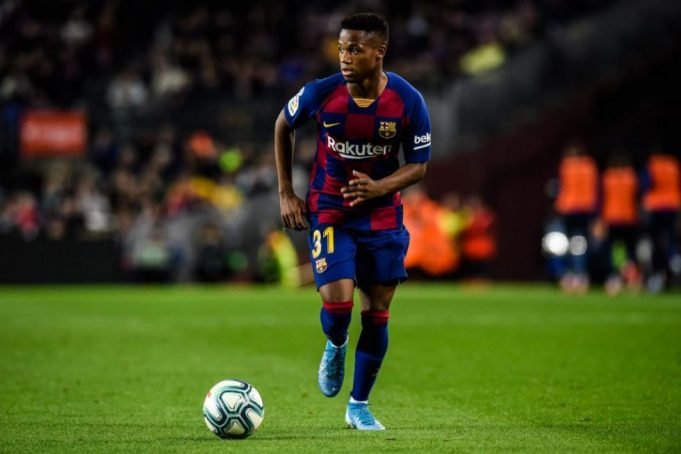 Ronald Koeman talked up the evolution of Ansu Fati and Pedri in the Barcelona ranks.

Both youngsters made headlines by scoring in the 5-1 win over Ferencvaros on Tuesday night.

It was the first time in Champions League history that two players, 17 or under, got on the scoresheet in one game. Lionel Messi scored from the spot and set up goals for Ousmane Dembele and Philippe Coutinho as well.

Overall, it was a pleasing sight for the fans after years of youth being ignored at great lengths. There are several members of the club’s famed academy who are being promoted and showing the guile necessary to succeed at the top level.

Both Fati and Pedri are growing in confidence and perhaps, Koeman can give Ricard Puig the same level of backing.

The Dutchman said after his first Champions League win as Barca head coach, “We can be happy with the evolution of the two players. We know how old they are. Pedri always contributes something for his naturalness, for his game, for being smart. We are happy. Not only for that. They have a great future at the club.”

How Neymar can seal Barcelona transfer