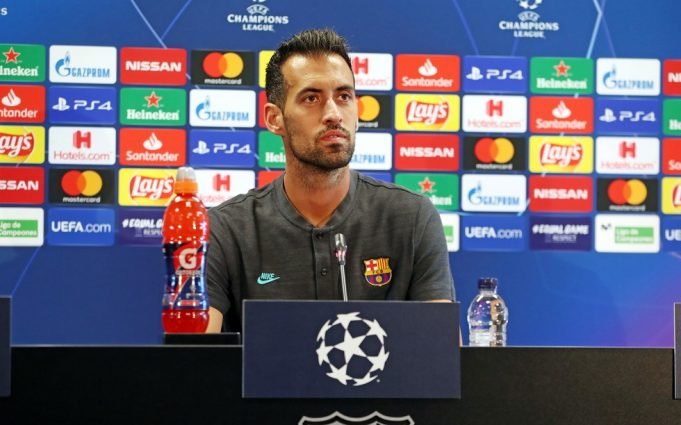 Sergio Busquets has opened up on how the situation currently is at Barcelona.

One of the team’s veteran stars, Busquets has had to endure criticism and several questions regarding his future in football.

He admitted that Barca are not in the best place right now and improvements need to be made in the near future. He told Mundo Deportivo, “On the pitch, it was not our best year. Football is a team sport and if you are not well collectively, you will not be individually. But it has already happened and we have a new opportunity. Things have changed and we hope it will get better.”

“It’s true that right now is not the best moment of the club. If I stopped to give my opinion carefully, it could take five or six hours.”

When asked about his future with Spain, he said, “I focus on going season by season. It is clear that I am not 20 years old anymore and I cannot look much into the future. I feel fine.”

“It is very difficult and it depends on each situation of each player. All decisions are respectable so I can’t tell you. I live year by year. A new but peculiar season has begun. I hope I can last a long time in the national team.”

When addressing his critics, Busquets responded, “Football is like that and practically all the players have been criticised. I am proud to continue here and to continue adding games. In the end, the day to day is valued and criticism that is constructive is welcome.”

Can Messi leave Barcelona for free?

Setien’s Barcelona v Leganes Presser: “There will be changes”

Xavi upset for not being in the Champions League