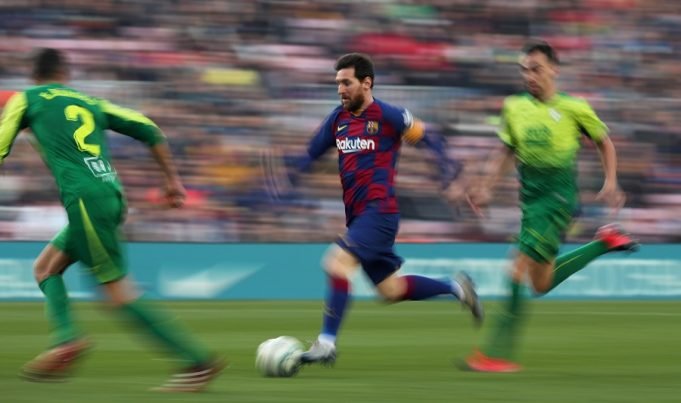 Lionel Messi’s desire to leave Barcelona is pretty transparent at this point and the Argentine isn’t even hiding it.

Cristiano Ronaldo had challenged him to get out of his comfort zone in Barca and try a different league.

At the time, Messi stated that he did not need to prove to anybody about his capabilities overseas. Now, it seems like his mind has changed. A summer of heavy friction between him and Barca resulted in Messi losing faith in the club.

The Argentine is planning his future overseas and his words are clear evidence of it. When speaking to La Sexta, he said, “I want to wait until the season is over. I’m just thinking about ending the season well, winning trophies, not getting involved in anything else. The elections have to happen, and then we will see.

“Hopefully, we can end the year well, win a trophy or two, and then in June we will see. I always said that I would like to experience life in the United States and play in the league there.

“Maybe it will happen, it doesn’t have to be right away. Today I am just focused on these next six months. When I finish as a player I want to come back and live in Barcelona, to have some role at the club.”

Barcelona Stars That Could Lead Their Country to World Cup Glory

Live Streaming Barcelona vs Mallorca La Liga 2022? How To Watch...