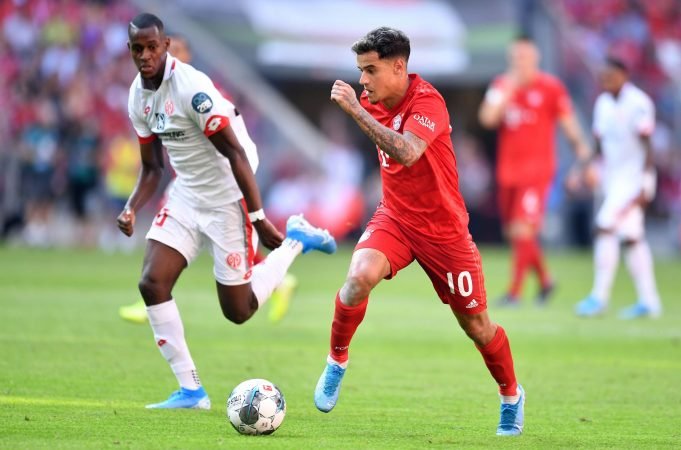 Philippe Coutinho continues to get linked with a Premier League return and former Red Devil, Dimitar Berbatov has weighed in on the matter.

Barcelona paid £142 million to sign him from Liverpool in 2018 and even half of that looks like a ridiculous sum during the worldwide crisis. Arsenal, Chelsea and Tottenham were thought to be the front-runners in the race for Coutinho with United also lurking around. Berbatov feels the Red Devils do not need Coutinho after signing Bruno Fernandes.

“He will go to a good team there is no question about that, but he needs the trust of a manager to believe in him and make him the main man so that he can play calm and be free to do what he does,” Berbatov said.

“Other people will see him linked with a move to United and they will point out his connections with Liverpool and how he would never be forgiven if he switched to Old Trafford, but honestly, United don’t need him right now.

“Bruno Fernandes is a very similar player; he really hit the ground running and looks to be a very promising signing so I don’t think there would be any point in United signing him. Pogba is coming back, Fernandes is there, McTominay is producing great football as well, they have enough quality there so signing Coutinho would be pointless.”

In short, Barca might have trouble moving Coutinho out anywhere this summer. The best they can hope for is a loan deal for now with a permanent buy-back clause.