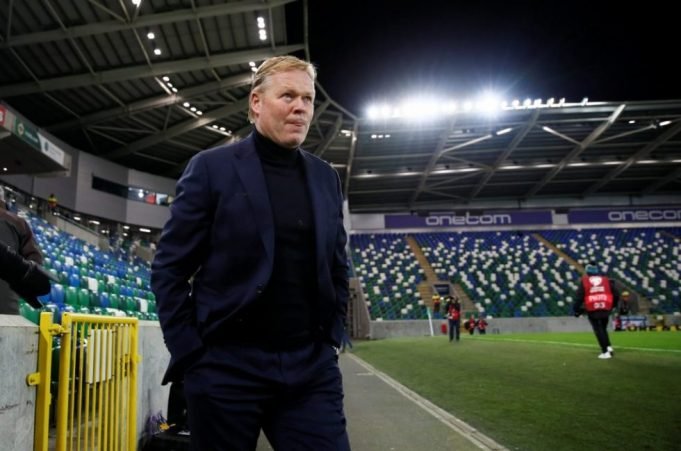 The Blaugrana collected a comfortable 3-0 victory even with just ten men on the floor for the entire second half.

“I’m very proud of this team today, we have worked very well, with one player less. We have done a great job with a lot of discipline.”, Koeman said.

He continued, “At the break, we talked about the 4-4-1 system and the players have done a great job.”

Clement Lenglet was the one sent off in the 42nd minute but Barca still managed to score two even with one man down. Koeman added, “Leo has worked a lot without the ball and he has been very important.”

“We said to the referee that there were other fouls on the pitch. In the end, it’s his decision and there is no need to discuss. I think it was a foul but I’m not sure if it was a yellow card.”, added Koeman regarding the second yellow card that Lenglet received which brought his team down to 10 men.

“I can’t say much about last season, but from day one I’ve seen the players very eager and eager to turn the situation around. The players are training very well, and we’re better physically.”