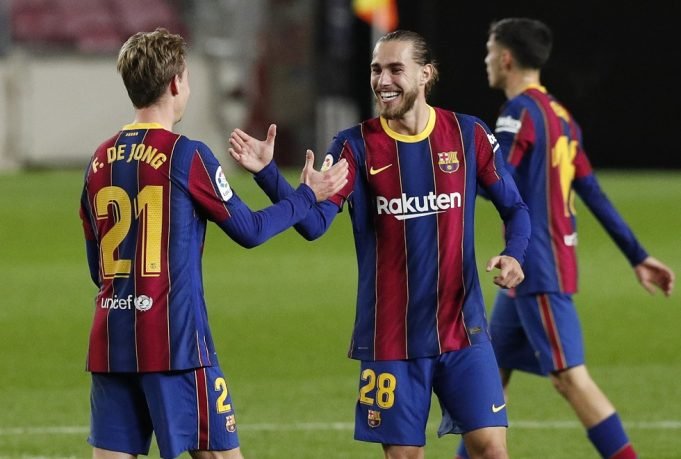 Barcelona were excellent in their La Liga tie against Granada, winning by a large margin after a long time.

Lionel Messi and Antoine Griezmann score a brace each to put Barca comfortably past El Grana. Oscar Mingueza made his 12th senior appearance for the Blaugrana, putting up a solid display to collect the cleansheet.

“We’re working like always,” Mingueza said. “The sessions are the same, but our effectiveness was better. Someday the chances had to go in.

“I’m happy with the win. We’ve been away from home three matches in a row now. It was important to start like we did.”

Samuel Umtiti also returned to the pitch to partner Mingueza. Speaking about his partner, the 21-year-old said, “He played very well. I’m very happy for him. He deserved it after a long time out.”

Barca now sit third in the table just three points behind arch-rivals, Real Madrid and four behind Atletico Madrid. The latter do have a three-game advantage now with their next match coming up against Sevilla.

Ronald Koeman’s side are still pretty shaky with no incomings expected in the January window. If anything, all hopes of his future could reside on who becomes president this month.