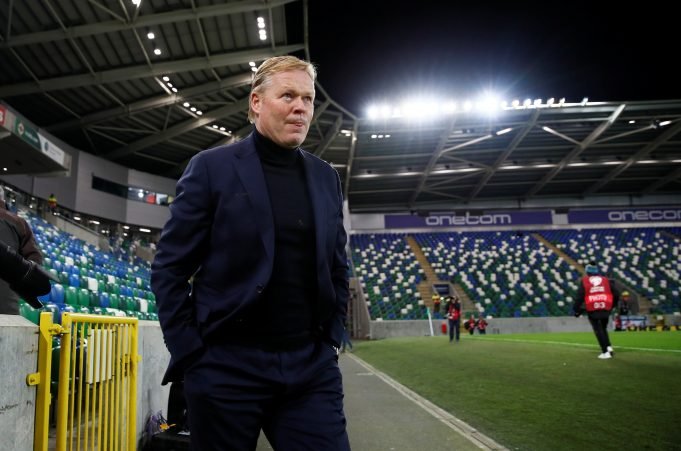 Ronald Koeman has been linked with a move to Barcelona following the dismissal of Ernesto Valverde, six months before he was released on a contract with the Dutch Football Association, which he will now be able to count on for another year.

Koeman has a clause in the contract under which Barca could take over this summer, but as it became clear that this would not happen with the hiring of Kike Setien and the move to the European Championship next year, the playing legend of the Catalan giant now stressed that We will not see him at Camp Nou in the near future.

– Barcelona has its own coach, and I will lead the Netherlands in 2021. Time will tell if I will ever get a chance to lead Barcelona as a coach. If there’s one thing we’ve learned from this coronavirus crisis, it’s that one day everything can change. It remains to be seen what the future holds, – said Koeman in an exclusive interview with “Sport”, in which he decided to emphasize both defects in the game of this Barça.

– I see two aspects as current defects. One is the intensity. As much as we want to admit it or not, today the big teams play at an incredibly high level during all 90 minutes, and Barça lacks continuity in that regard. There are many ups and downs, and we saw that in the match with Liverpool last year, but also in the one with Atletico Madrid in the Super Cup.Barcelona was superior for 80 minutes, then Atletico was eliminated and won.

The second aspect is that it does not dominate the matches as before. Barcelona must return to its identity, possession and dominance in the game is part of its DNA. “Barcelona should always have control, but control that is much more effective than the current one,” concluded the Dutchman.